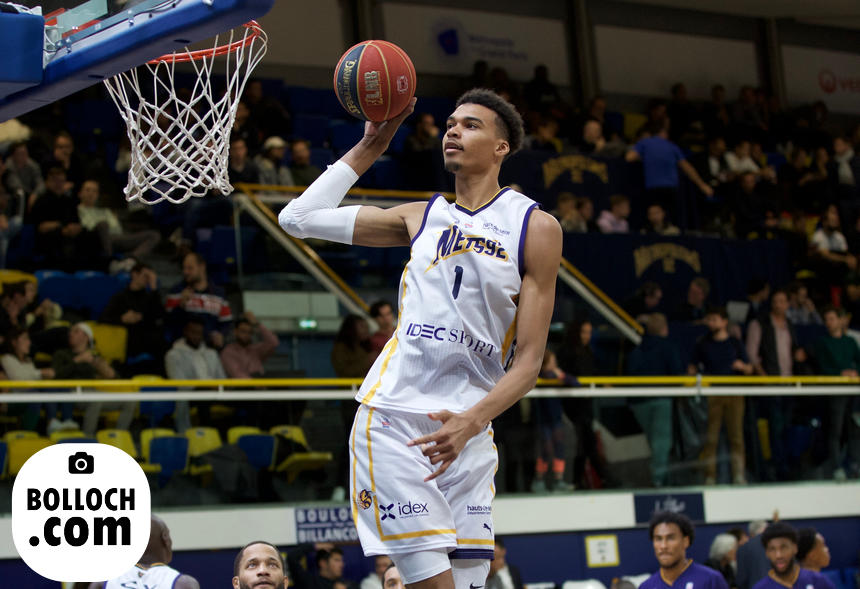 The size of Victor Wembanyama is the subject of many questions. A lot of fantasies surround Wemby concerning his physical dimensions. Indeed, Oscar Wembanyama’s big brother seems bigger and bigger with each of his appearances on a basketball court. We’re just exaggerating. In the thousands of photos taken of him every game, he appears oversized compared to most of his teammates and opponents. It seems that the French basketball prodigy has not yet finished growing. Wembanyama would therefore not have finished growing!

7’3: the official height of Victor Wembanyama in September 2022

The last time Victor Wembanyama was measured by his team, he peaked at 7’3 without shoes. A year ago, from the top of his 219 centimeters, Wembanyama was part of the Top 5 tallest basketball players in history. Only Vincent Pourchot and Olivier Gouez exceeded him in this classification of giants. In 2023, Wemby equaled the height of the tallest man in France.

While his growth doesn’t seem to be over yet, NBA fans and executives wonder how tall Victor Wembanyama will be when he arrives in the League. If he has not yet reached his final size, the person concerned could gain a few more inches. Thus, it is possible that Wembanyama is 7’4 or more when he debuts in the NBA.

6’2: the height of Victor Wembanyama at 10 years old

Since childhood, Victor Wembanyama has always been used to being taller than his peers. Much bigger even. Thus, in elementary school and then in college, Wemby far surpassed the other schoolchildren. But not only! At 10, he was already taller than his class teacher. This anecdote reveals how oversized he has been physically from a very young age. For basketball recruiters, it is impossible to miss such a size.

This giant size, Victor Wembanyama has always assumed. This is a great advantage on a basketball court. Opponents must jump very high to counter it. Offensively, it is practically enough for him to hop to deposit the ball in the circle. If we add to his height his great mobility, his technical ease and his shooting skill, we obtain a unique player. An athlete capable of revolutionizing basketball. His potential physical fragility is the only question mark that could jeopardize a huge career in the NBA. Most of the very large jigs have encountered various glitches when arriving at the highest level.

But Victor Wembanyama is a young man different from the others. He has been preparing for years to join the best basketball league in the world. Wemby has been playing professionally for nearly three years. His body will therefore probably be more ready to take the hits. But also and above all the fatigue linked to the accumulation of games and travel…