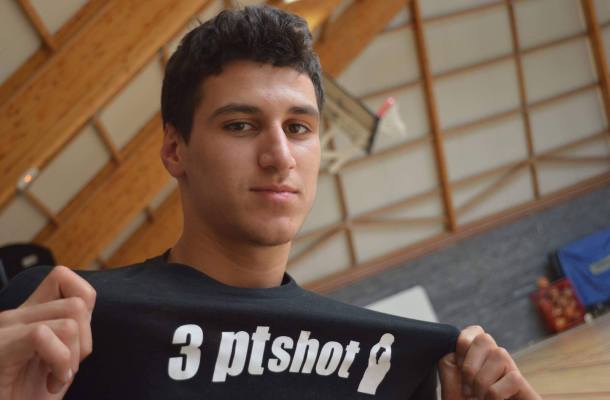 Do you remember when and where did you made your first three-point shot?
My first “real” three-point shot, it was when I was 13 years old. I felt a real pleasure to do it during a game.

What is a perfect three-point shot for you?
A lot of players will tell you that the most beautiful three-point shot is made on the face of your opponent. For me, it’s the one which will conclude a collective play where the player will be fully open to score. When you get that, it has a special flavor.

As an amateur basketball player, do you work every day on your three-point shot?
At every level of play, it’s an habit for me to stay at the end of practices to do some shots alone, or with my teammates through some contests. 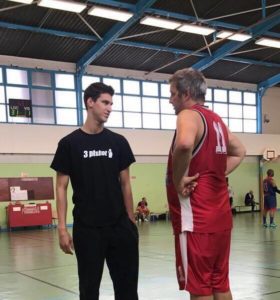 Renan (on the left) with his father.

What is your feeling when you score a three-point shot?
The long distance shot is the hardest to made in this sport, so during the days you have problems to score, it’s tough! But, at the opposite, when buckets follow one another, you feel higher than the others players and you can play with less pressure.

What is your favorite move to celebrate a three-point shot made?
I don’t celebrate my three-point shots but a celebration that I love, however, and almost unique, is the pistol of Jamal Shuler after a three! Also, I like the one of Jeremy Hazel with the finger to the sky.