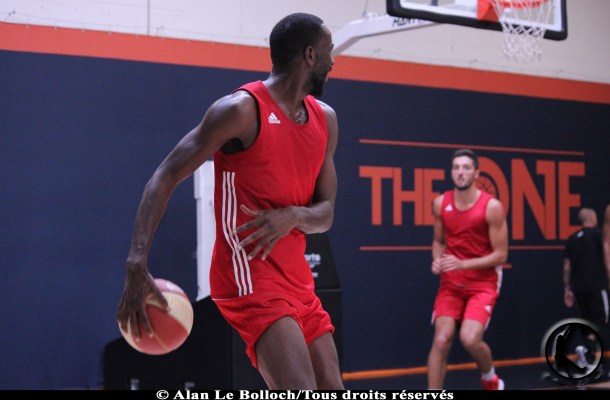 Although that sport is sometimes based on individual talent to put the ball in the basket, basketball is a collective sport. It is played by five players against five other guys on the court. Under these conditions, collective play is the basis of a team’s success. To do this, players must interact with each other, both orally and passing the ball. The more the ball moves, the more effort it will take for the defense to adjust and avoid an easy basket in an open shooting position. For the offensive team, giving the ball as quickly as possible to as many players as possible in various areas of the court will increase the chances of scoring with greater ease.

In basketball, there are different varieties of passes. We will detail them below:

This is the most basic pass. The one that is first taught to children in basketball schools. The risk of losing the ball on a short pass is very low.

This type of pass is applied when several players are concentrated around the ball. Or when a teammate is left free on the opposite side of the field for example. It depends on the position of the ferryman and the receiver. Long passes are mostly performed with two hands for more power. More spectacularly and rarely, it can be a skip pass with one hand, like those ones we can see on American football fields.

It consists in transmitting the ball to a teammate by performing a strong rebound on the ground. This type of pass is often used when defenders have long segments and an athletic advantage. To avoid easy interception in this case, land passes are preferred to an air pass.

In this situation, the player with the ball often serves one of his teammates on a plate. The player only has to deposit the ball in the rim, once he has received the basketball in his hands. The ball handler’s gaze suggests that he is not paying attention towards his target. His attitude and posture give no indication of what he will do. For the action to be perfectly executed, it requires an excellent court vision as well as a developed sense of the passer’s timing.

Behind the back pass

It’s one of the most spectacular types of passes playing basketball. It must be done with one hand. And it can be a no look pass in the back. It requires excellent coordination and mastery of the fundamentals. Indeed, it is easy to lose control of the ball if the pass, or the dribble beforehand, is badly executed.

A player who cannot dribble and finds himself blocked for example by his defender can unblock the situation with the intervention of a teammate who will recover the ball in his hands and thus allow the action to run its course. Hand off pass is used most of the time when the player with the ball can no longer dribble, and a short or long pass is complicated. In this situation, the defender often sticks to the ball handler’s skin. In this regard, there are also several techniques to break free and score.

Using both hands is very useful in basketball. The player with the ball may use one hand to handle it and the other to protect him from the opponent. Only one hand is required for a pass to a teammate. However, the pass will generally be more controlled if it is done with both hands.

There are two varieties of lobed passes. The first is to pass to a teammate with his feet on the ground and his hands in the air, over one or more defenders. The second, more spectacular, is quite different. The ball handler will throw the ball at high altitude. The receiver will therefore have to jump in the air to retrieve it and put it in the basket. This action is called alley-oop. It usually ends with a dunk, which makes it an action much appreciated by fans. This type of pass allows you to cross the entire defense in no time. However, it is not the easiest to execute.