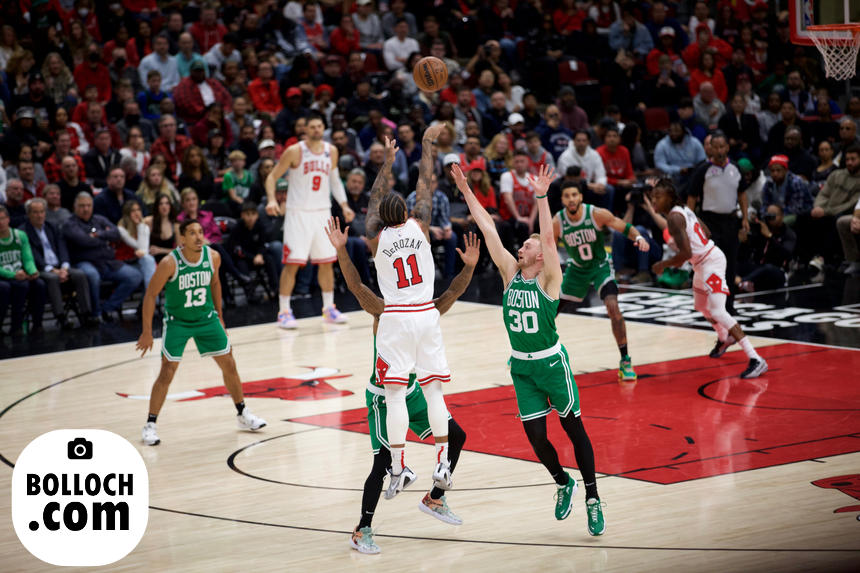 The NBA Paris Game 2023 is the next basketball event not to be missed in Europe. After two years of absence due to the health crisis, the NBA is back in the City of lights. The game will be played on Thursday January 19, 2023 at the Accor Arena. The tip off of the game will be given at 9 p.m. (local time). You will find below all the necessary information concerning this eleventh NBA game in Paris.

The NBA Paris Game 2023 opposition is known. As in the previous edition, two teams from the Eastern Conference will challenge each other. These are the Chicago Bulls and the Detroit Pistons. On paper, this opposition is very attractive. In the 1990s, the confrontations between these two institutions of American basketball fought epic battles. A certain rivalry has developed between them, even if the players are no longer the same today.

Through this game relocated to France, the legendary Chicago Bulls will return to Paris. And this, 25 years after their last appearance. It was during the Open McDonalds. Their squad looks great, with DeMar DeRozan and Zach LaVine leading the charge. For their part, the Pistons have been dragging for several seasons in the bottom of the rankings. Nevertheless, they have grown stronger every year through the draft. Their young talents are slowly maturing. French-American basketball player Killian Hayes will headline Detroit for this game.

Killian Hayes: the French player of the game/h2>

Drafted in the NBA in 2020, Killian Hayes is one of the young stars of French basketball. He was crowned European U16 champion and MVP of the competition in 2017. This combo guard is the highest drafted Frenchie in history. Growing up at Cholet Basket, Hayes is very popular in this area. His father DeRon also played there as a pro basketball player. Many of his fans and friends will come to see him play with his NBA team in Paris. Killian Hayes is currently having his best season in the NBA. He is averaging 9 points, 3 rebounds and 5 assists per game.

The NBA Paris Game 2023 tickets office has been open since the beginning of November. All the tickets marketed found takers in a few minutes. Theoretically, there is therefore no longer any place for sale for the NBA Paris Game. Nevertheless, tickets are sold more expensive on the secondary market. To date, there are around a hundred tickets available for this event. If you want to attend this NBA game in Paris, don’t wait to buy your tickets!

When the official ticket office opened, the cheapest ticket for the NBA Paris Game 2023 was slightly below 100 euros. As for him, the average price was just over 500 euros. It is therefore necessary to plan a hell of a budget if you plan to attend the NBA Paris Game 2023. At this price, the parking space and food are not included. The bill can quickly climb very high if you add these additional expenses. The most expensive seats, located on the courtside, are financially out of reach for the average person. Unless you dip into years of savings…

On the secondary market, the cheapest ticket price is 253 euros. Most other tickets are sold between 300 and 500 euros. As for them, the best remaining places are selling for more than 900 euros.

In 2020, Michael Jordan attented the NBA Paris Game as the owner of the Charlotte Hornets. For this 2023 edition, his presence remains more than uncertain. Even if he could put on the costume of former glory of the Bulls, Jordan no longer has a professional link with the NBA franchise located in Illinois.

However, one of his most faithful rivals will nevertheless be in the spans of the Accor Hotel Arena. This is Isaiah Thomas, now ambassador of the NBA and more particularly of the Pistons.

Joakim Noah should also be there. During his NBA career, the french center wore the Chicago Bulls jersey brilliantly. The son of Yannick Noah was a two time All-Star and best defender of the season in 2013-2014. There is no doubt that he will receive a standing ovation from fans. Ben Wallace, who both played for Detroit and Chicago, will also be present in Paris. This former All-Star has his jersey retired by the Pistons.

Beyond basketball influencers, stars from the world of soccer should be present at the NBA Paris Game 2023. Several PSG players, including Neymar and Kylian Mbappé, attended the previous edition of the NBA Paris Game. Other celebrities from various industries (cinema, music, etc.) will be seated in VIP stands.