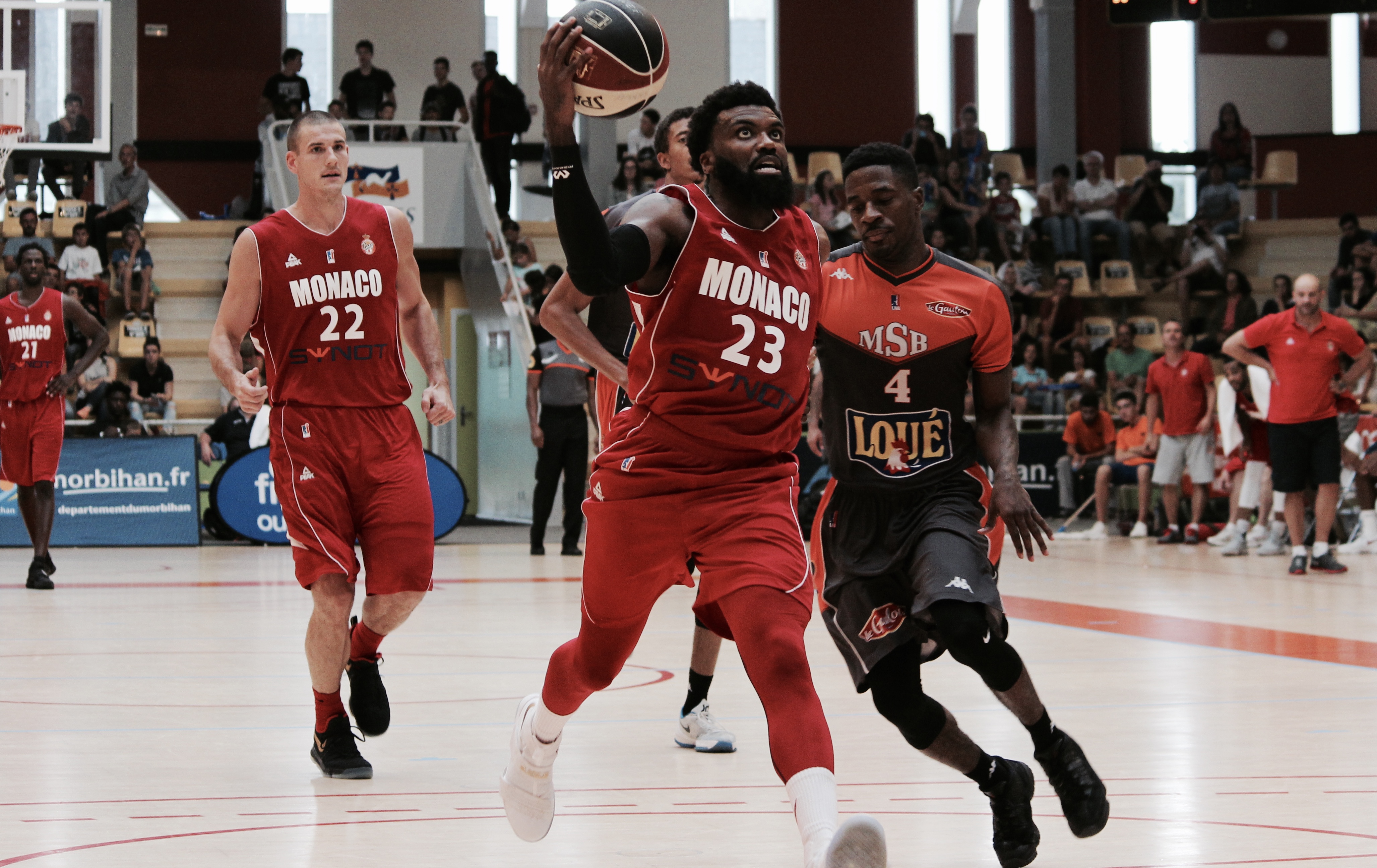 Jamal Shuler (6’3, 31 years old), nicknamed “Jay Shu” or “Jamal Shooter”, built himself a good reputation in Europe through the years and he is now looking for to win a championship in France, a country which became his second home.

3PTSHOT: Can you introduce yourself?
Jamal Shuler: Hello, I am Jamal Shuler, combo guard for As Monaco Basket! I am from Jacksonville, North Carolina and I really really love basketball!!

3PTSHOT: Three years ago, Monaco played into the French third division. In two years, the club moved up in Pro A (1rst division) and during its first season in the elite, when you arrived, the team finished at the first position of the regular season. Do you think this evolution is extraordinary?
Jamal Shuler: The evolution of basketball here in Monaco was very quick but being around our owner and GM you can see why it’s been a quick process because they are really passionate about basketball and about winning! What we accomplished last year was surprising at first but as the season came along we knew that we worked hard to put ourselves in position for a top 3 finish in Pro A!

3PTSHOT: This year, for political reasons between Euroleague, FFBB and FIBA, there were no teams from the French Pro A Championship in Euroleague, the highest European level. If there were no conflicts, do you think that Monaco would have had a spot and been able to figure well?
Jamal Shuler: Playing euroleague is a goal for our president! He is very ambitious to compete for a chance to play in euroleague even from his time in Donetsk(Ukraine) he built rosters for the euroleague but with the problems with the two leagues it was no problem for us to compete in the BCL! I think if we had an opportunity to have played in euroleague we would’ve been competitive just because our focus is defense and that always gives you a chance no matter the level of play!

3PTSHOT: Concerning the European Cup, Monaco has been registered this season in the Champions League and is among the contenders for the title. That is the first year that this competition exists. As a player who played into the Euroleague, the Eurocup and the Eurochallenge, at what level would you situate the Champions League?
Jamal Shuler: I would put the BCL just under eurocup! It’s their first year but the competition has been great, the fan support has been great and I think they market the league well! I think in time they can really push this league higher at the rate they are going! It’s an honor for me to be able to compete in the first year of this league!

3PTSHOT: The team built in Monaco is quite impressive since last year and seems to have been strengthened again last summer. This season, is this the strongest team you’ve played with so far in your career?
Jamal Shuler: By far this is the most complete team I’ve been on since my time in Nanterre! In Nanterre we had a great group of guys that worked hard and we won the eurochallenge because of that! This year in Monaco we have a great chemistry and an unselfish group of brothers that want to see each other do well and I think that is the reason we are having success! I think we have guys coming off the bench that have been starters on their past teams in pro a or different leagues and no one complains we all just uplift each other and play hard!

3PTSHOT: The french championship is quite mysterious because every weekend, there are surprises seeing results. Besides, you are clearly the favorites to win the trophy this year and paradoxically, you lost in Nancy, the last team of the championship. How to explain it? Is this a simple mistake during the season process?
Jamal Shuler: I don’t think we are the favorite to win the championship just from the simple fact that we are unproved! Asvel, Nanterre, Strasbourg, Chalon are dangerous teams and Pau, Paris and Gravelines are teams with MVP candidates leading them so it’s not a given that we will hold the trophy in June! Pro A is very tough especially when you play on the road and for us everyone has a bigger fan base when we play away from Monaco so it makes games tougher for us! In Nancy they played like a hungry, desperate for a win team and they beat us with a great 4th quarter from them! I think it was a lesson for us and helped us both in Pro A and in BCL to make sure we don’t let our guard down when we have a big lead!

3PTSHOT: In your opinion, which teams could prevent you from winning the French championship this year?
Jamal Shuler: To me, the teams ranked 2-12 in the standings all pose a big threat to us! You have a good team in the defending champions Asvel who are 12-12 and could be a first round match up for us if we finish 1st it doesn’t get any tougher than that! Asvel doesn’t have a .500 roster so that shows you how tough and competitive pro a has been this year! Even Le Portel and Limoges who are fighting for a playoff spot have great home courts! 3PTSHOT: Since 2010, aside from a season in Ukraine in 2013, you have always played in France. So can you say that France became like a second home for you and your family?
Jamal Shuler: It definitely has become a second home country for my family and myself! We feel comfortable here both living and on the court and now to be in Monaco for two years. I hope I can be in Monaco for a long time, this place is special to my family because my youngest daughter Miná was born here last year and because the people here treat us like family! On the court France has matured me into a good basketball player and with my time here in Monaco the president, gm and the coach has helped me elevate my game to one of the best players in Pro A when I am healthy so I hope to win as much as possible for the people in Monaco!!

3PTSHOT: What do you like about French life and culture?
Jamal Shuler: I love the language (although I am not fluent I can understand a lot of it) and just the people here! Every place I have been I have made great friends! I have had nothing but great experiences here in France and that is why I have been here for 6 years!

3PTSHOT: You also played in Germany at the beginning of your professional career. Did the environment suited you as well or did you found it difficult to adapt yourself as a rookie coming from the United States?
Jamal Shuler: Germany for me was a great first experience overseas! It taught me a lot about what it takes to be a professional and also to live aboard! It was more Americanized because of the U.S. military bases they have but all in all was a great 2 years for me!

3PTSHOT: You won a lot of individual and collective awards during your career in France: winner of the 2011 « Match des champions », winner and MVP of the EuroChallenge final in 2015, winner of the Leaders Cup in 2016 (MVP) and 2017. What are the trophies you want to achieve and which are currently missing to this list?
Jamal Shuler: I really really really just want a Pro A championship! I think to me that is the most important trophy! Last year we came up short and although I had a good individual season a championship is always the goal for me and it will be the toughest trophy to get but that is always my goal!

3PTSHOT: To conclude, what are your expectations for the future?
Jamal Shuler: For my future, I just want to get healthy and lead my team to a championship! We have a tough road ahead but with health and focus I think we can compete for it! I want to also think the great people of Monaco for their support last year and this year for not only us but for the AS Monaco soccer as well, the crowds for big games have been amazing and I hope they keep growing! The future for Monaco basketball is bright and I hope to continue to help it grow for a few more years!!!