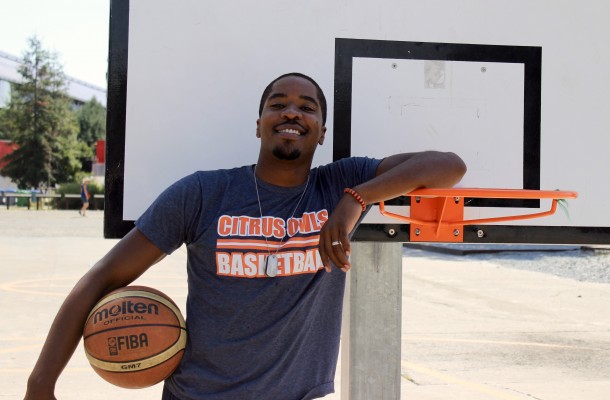 Looking for a new contract overseas, free agent PG Kevin Houston II (5’10’’, 31 years old) tried to find a job in a french team at the end of the last summer. On that occasion, we met this Hall of Fame member of the San Gorgonio High School in Nantes, Loire Atlantique.

3PTSHOT: First of all, can you get back about the beginning of your pro career after University?
Kevin Houston II: My first year, I started my career in France, where I stayed shortly in Saint-Etienne for a couple of months. Then, I went to Venezuela and I played back home in America in ABA. My first full season was with Rouen in French Pro A.

3PTSHOT: The beginning of many years spent in France!
Kevin Houston II: Yes, I had a lot of fun memories there. Playing for Rouen, I was the first american All-Star in that city. It was a special thing for me, the highlights of my career. Then in Toulon, I had a lot of big memories. We beat the Euroleague team in the division, Chalon, Asvel (Lyon). We also made the « Semaine des As » that year and we made the playoffs as well. We lost in Nancy but no one thought that we will gonna be a playoffs team and we made it. We had the chance to be a cup team the next year for Eurocup. I am really happy about that. Then, with Chalon, I had big memories there playing in Euroleague. I had a Euroleague victory against Sienna, they had a big team and we beat them. Playing against Euroleague competition was the best. I had a lot of great memories representing France in the Euroleague. I felt it was special.

3PTSHOT: About that, what can you tell us about Euroleague?
Kevin Houston II: Euroleague is the competition right there with the NBA. Everybody that are in Euroleague can play in NBA. It is a tough competition. As a basketball player like me, I want to play against the best competition that I can play against. It was a beautiful experience, I love it and I would love to do it again.

3PTSHOT: What have you done since 2013, the year of your last appearance on pro basketball court in France?
Kevin Houston II: After Chalon, I played in Ukraine for Azovmash in Mariupol. That year with this team I played in two leagues : in VTB that is a very high league, and the SuperLeague that is the Ukrainian championship. So it was a crazy year because I got there and the coach was fired during the first week. They fired teammates of mine that I knew from France. When I got to the team, they had already lost seven games in a row. It was a very tough situation and it was my last situation. It was tough to live the game like that. 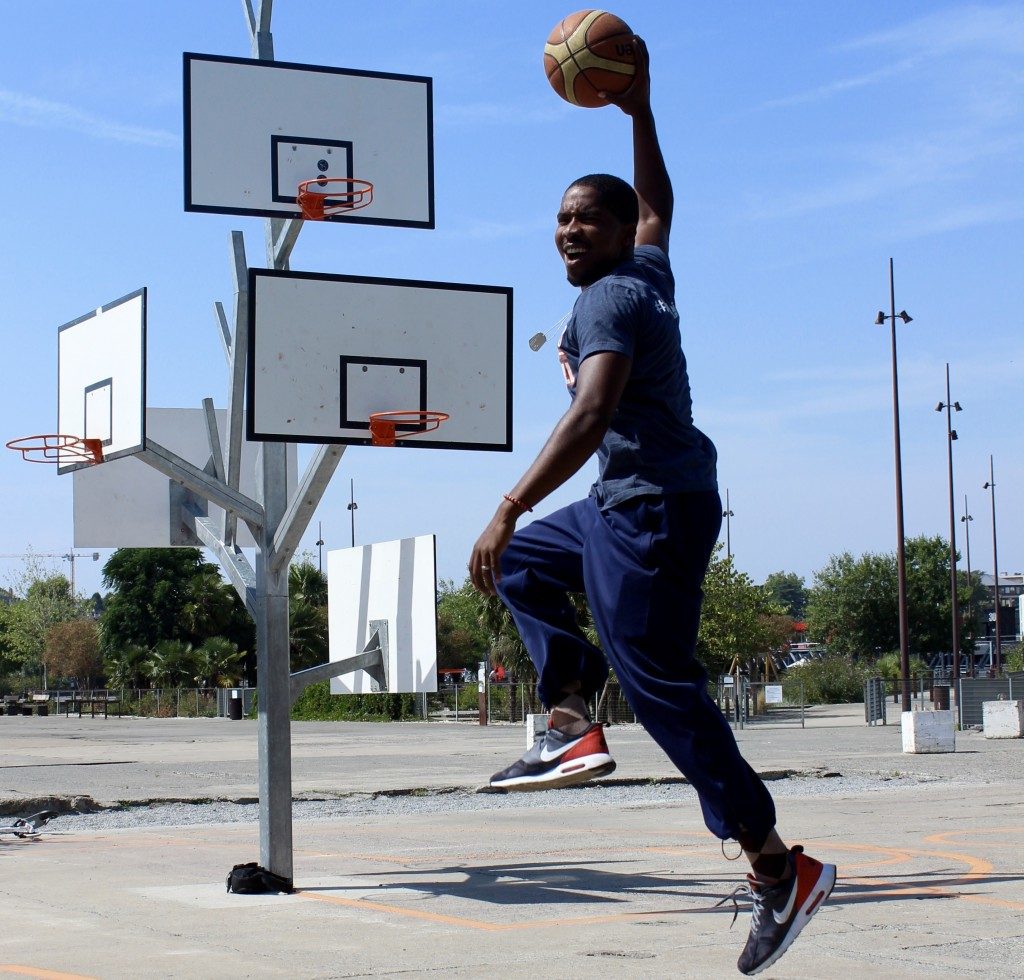 3PTSHOT: Are you able to speak french?
Kevin Houston II: Un petit peu (a little bit). Je comprends bien le français mais je parle le français assez mal (I understand french well but I speak french pretty bad). I can say different things. I can order my food, I can say « Hello », « How are you ». I know all the numbers, I know tell time, à quelle heure. I know stuff like that. I know a lot of different words. I plan this year to be able to speak fluent french. I want to be at a point to talk french during all an interview. I feel embarrassed not to be able to know french more because I should be able to do it since I have been here for a while.

3PTSHOT: You are currently a free agent. Why did you take a flight to France?
Kevin Houston II: I would love to play for a club, help the club win a lot of games and go as far we can in the championship. I only played at the top level here in France. My family and I love the country. I love the competition, the people. I feel like France is like a second home. It is easy for me to come out here and see about playing with another club. My daughter was born in Paris. My daughter and my son lived here with me when I was in Chalon. My wife absolutely loves France. She knows the language. We all love France. That’s why I am back. I love France and I love basketball even more. So it is an easy decision for me.

3PTSHOT: What could be your role?
Kevin Houston II: It depends what club I go to. I am very open now, about the role I can be in. I think that it will be to the coach to decide after assessing me and the team. I definitely know I have the talent and the intelligence to be the top guard in any level in France. At the end of the day, it is about the success of the team. That is my main goal. I want to win a championship in my pro career. I won a championship in my highschool career and College. Whether my role is to be the leader, the main contributor, main scorer, whatever, I am fine with that. If my role is to be assist, play defense and be a cheerleader on the team to get everybody excited, I am okay with that if that will make us win.

3PTSHOT: What was your program last summer?
Kevin Houston II: A lot of training. If you follow me on Instagram (@2020_visionbasketball), I post some of my videos of me working out, typical workouts I do. I train people and I also train myself. I get training from professionals. I practice with a lot of professionals. I have a group of guys as professionals in Europe. They live in California and we work together all summer long. I did a lot of intense training, to try to get everything back I had before and even better. I am definitively in shape. I am in the best shape that I can be in. I am very healthy. I know people questioned about my leg, me knee injury. I only had that one injury in my career and that was like seven years ago. For people whose wondering, I am tolly healthy and tolly fine. I am even better than I was before. So I am ready and mentally prepared for a long season, to work hard. I want to be in the best shape of my life, better than I was when I was 21. As a young player, you know, I was like « preseason is a lot of running and conditioning ». Now, as a veteran player, I look for to getting in shape and getting to know of my team and club better. I am looking for to do those types of things now.

3PTSHOT: As a point guard, how can you describe your game?
Kevin Houston II: I can pretty much do everything. I can shoot, penetrate, pass the ball. I defend well. I have a lot of heart. I know how to be a leader. I think that is a part of my strengths. I don’t think there is a nothing I can’t do on a basketball court. I am very fast with the ball, I can play defense and I can play for a long time at the same level. 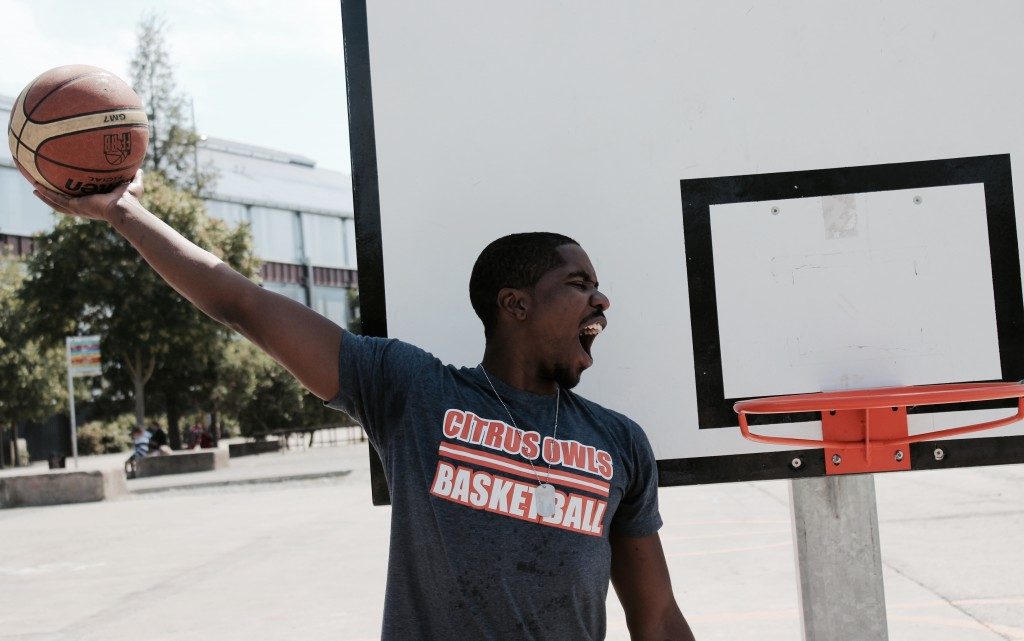