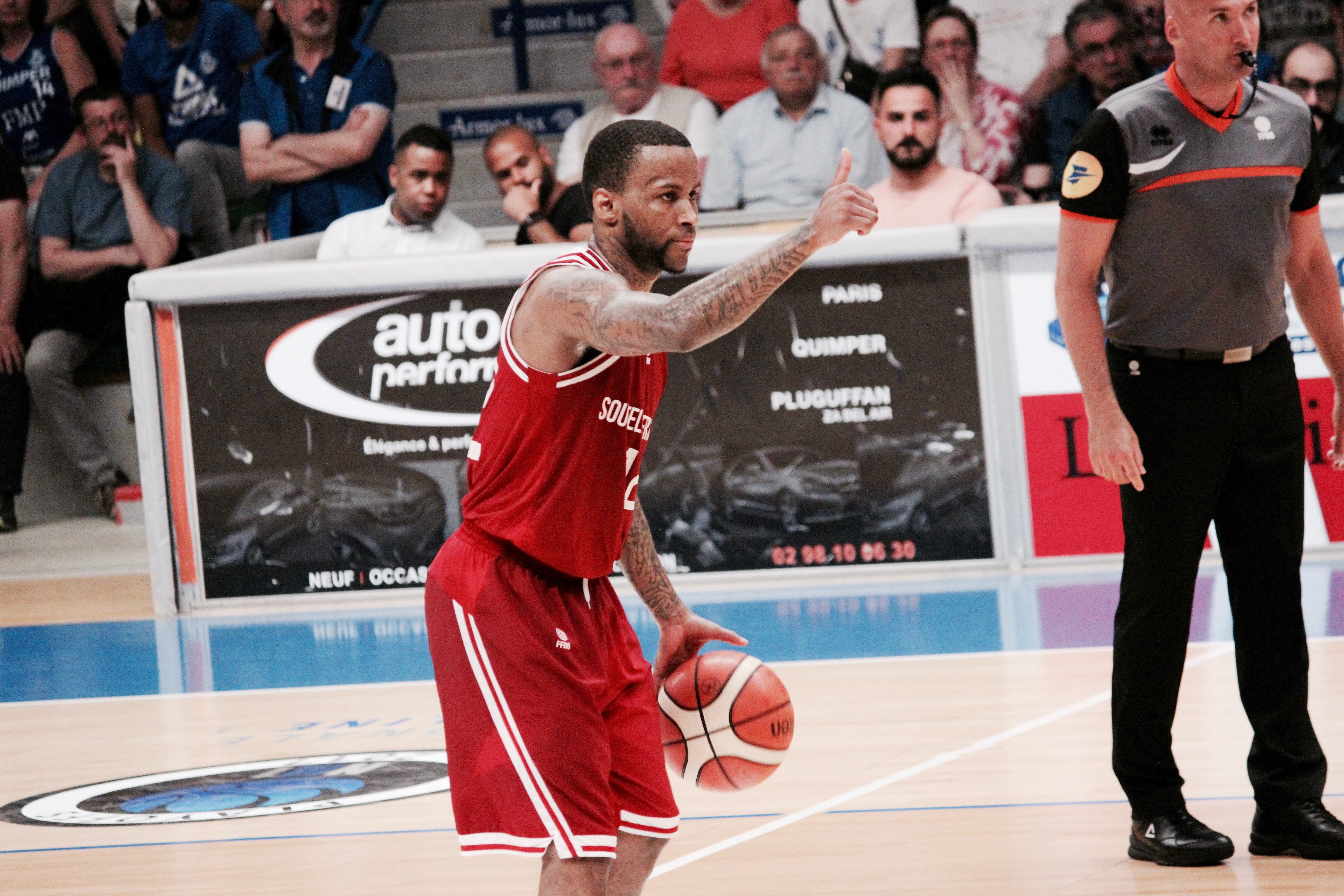 American rookie of the currently #1 team of the championship (Souffelweyersheim), PG Fabyon Harris (5’11, 25 years old) saved his team about a bad performance last saturday night. Best scorer and in assists of his club since the beginning of the regular season, the Chicago’s native realized his best individual scoring performance during a game in his pro career on the court of the underdog Andrézieux-Bouthéon, while him and his teammates were loosing (28-15 at the end of the first QT, then 53-43 at the halftime). Registering 37 points (10/14 field goal and 16/17 on the free-throws line) in 33 minutes, and 27 points during the second half, Fabyon Harris has thus greatly enabled his team “Souffel” to stay in the race to victory and then reverse the trend during the ultimate QT. Finally, his team won on the road (89-98). The MVP of the game entrusted us with his impressions of his prowess :

“I feel good to help my team win to the match but that’s just one game we have a lot more games to go but it feel good to get that win on the road. In France it is a career high but my career over here in France just started this is my first year playing in France. We was down at halftime we went to the locker room coach had a talk with us so we came out in played very hard the second half. I just told myself it is a new year what can I do to start the new year off the right way I said to myself be very aggressive this half that’s all I did also coach told me to be very aggressive. I am just happy we got the win”.

So, Harris starts the new year 2017 very strong and his offensive performance makes him the new holder about a point record in a game of French NM1 this season. At the second position, french big man Ludovic Vaty already had 34 points with Tarbes-Lourdes against Rueil. At the third position, we find american forward Jared Newson, who played for a while in French Pro B (D2), scored 32 points with Cep Lorient against his former team Saint-Vallier.