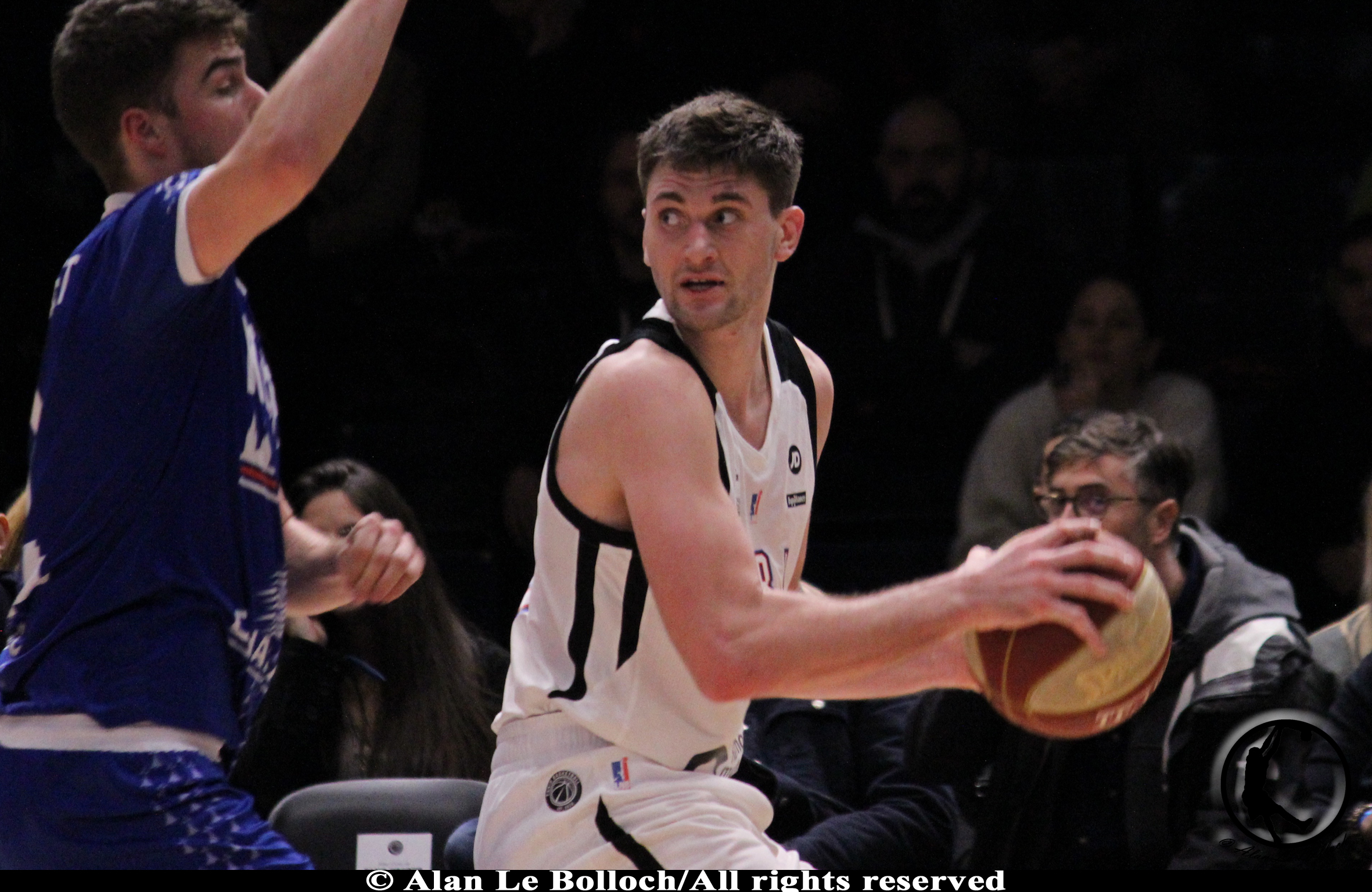 My name is Dustin Sleva and I’m from Pittsburgh, Pennsylvania.

I started playing basketball at the age of 4 and at the boys and girls club. My dad was the one to get me started.

My basketball path was a lot different from a lot of pro players. I was a very late bloomer and grew 4 inches into my sophomore season of university. I was not a high recruit in high school and I believe this helped me develop a better skillset as I became stronger and more athletic later in life. I then went to become the all time leading rebounder and scorer at Shippensburg University and then onto Paris.

Coming from a D2 school in College, how difficult was it to find a pro contract overseas?

Coming from D2 is more difficult for players to play pro because you will always be looked at as lesser than higher level players, but there are so many great players that came to Europe or the Nba and succeeded. We had to do more with less resources, which is an advantage when coming to Europe because D2 players do not get pampered as much as D1 players. If you become an All-American at the division 2 level it is much easier to find a path to Europe but a lot of guys get overlooked for average D1 players.

My game is a mix between inside and outside game. I pride myself on my footwork especially in the post and I live on “Jumphooks” and practice them religiously. Also shooting the 3 ball is very important to my game. Those are the two staples to my game. I would consider myself a basketball player rather than a position and try to do everything well. I believe I have been improving on attacking the basket also.

For a foreign player, to stay more than two seasons in a row with the same team in Europe is something very rare, especially being american and a rookie. How can you explain that you are still wearing the same jersey three years later?

To stay in the same club for 3 years is a great sign of my character and my work ethic. Everyday I come early and leave late to shoot, workout and work with the young guys. I enjoy the grind and I love to teach basketball too. It gives me a lot of joy to see a player improve on a couple things I teach them.

What is your point of view about that lifestyle of changing home almost every year as a professional athlete?

I am used to the lifestyle now. It is kind of similar to going away to college and coming back in the summer although you do see your family less. That is the hardest part for me, coming from a big family with 4 younger brothers and sisters but that makes me enjoy the time that I have with them in the summer.

There are two teams playing into the Jeep Elite and Eurocup in the parisian area: Nanterre and Levallois. Did you go there to watch some games? Are you a big basketball fan when you are not playing on the court?

I would say I am a fan of basketball outside of me playing. I saw one game I believe. It is hard sometimes to watch a lot of basketball live with our schedule, but I do love to watch highlights of how people of my size and position play at higher levels and try to take a little bit from everyone.

Did you analyse aspects of your game that you have to work on to sign with a team at the level above?

My left hand and defensive one on one are the biggest aspects of my progression. I have a decent left hand but I get stuck using my right because it is what i’m most comfortable with. I practice finishes and hooks with my left hand and I have become a little obsessed with my diet, sleep and daily routine to maximize my level of fitness which will improve my defensive abilities.

“Everyday I come early and leave late to shoot, workout and work with the young guys” Dustin Sleva 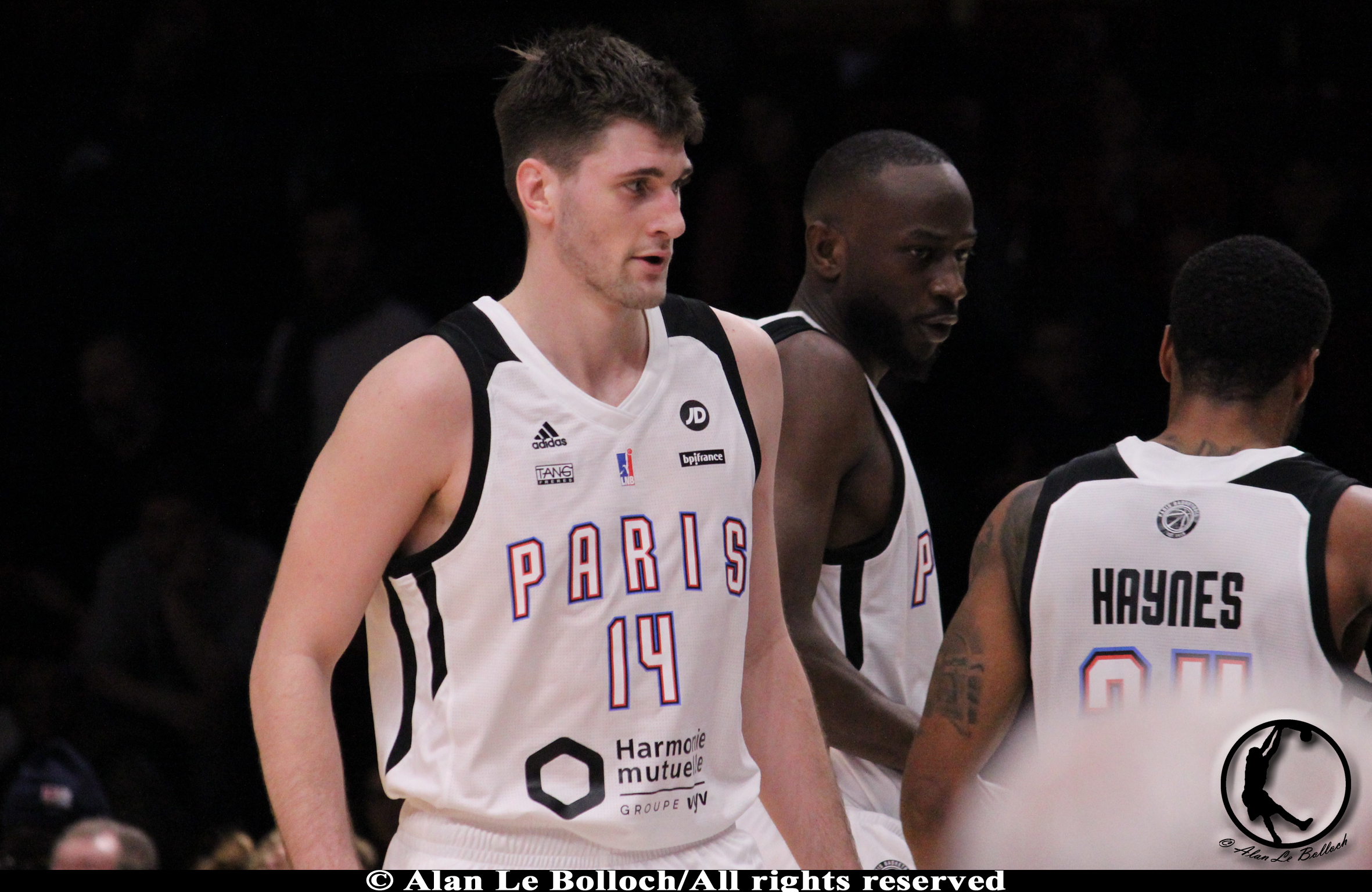 What are your ambitions about your basketball career overseas? Did you design a career plan with your agent and family?

My ambitions are to play at the highest level. I don’t have a direct plan to that goal but I do have small daily and season goals that I accomplish. I put reward into the effort and not into the outcome. I believe in “growth mindset” and to improve daily and to reward myself mentally for finishing a last set or extra shots rather than game results.

Paris Basketball has two french NBA prospects in the roster: Juhann Begarin and Ismael Kamagate. What do you think about them as teammates and about their progression since last year?

Juhann and Ismael’s progression from year one to year two has been amazing to watch. The staff did a great job with them over the summer. I love working with Ismael after practice on different moves in the post and his hook shot. Both will be great players.

Paris is known as one of the most beautiful city in the world. Do you agree with that affirmation? Also, what are you favorite spots to walk, eat and simply enjoy life in the city of lights?

Paris is beautiful, I love the 18eme and walk around Le Sacre Coeur. One of my favorite things to do is to walk or bike around Paris and the beautiful parks in Paris.

Did you take time to visit other cities and countries in Europe?

I have been to Spain, Belgium, Britain and Liban even though it’s not in the EU. I guess Britain isn’t either now.

Alors, en ce moment j’apprendre le Francais. That was one of my goals during covid to learn to speak french and now i’m up to about 20 minutes of conversational french and I work on doing 2-3 hours a day working on it. I also do some internship work for a sports marketing company built different creative to try and gain some experience in that field while playing overseas. I love to keep myself busy especially when covid happened because I can find myself getting bored very fast without much to do haha.

If you want to support our media and brand, feel free to order a 3ptshot tshirt on the platform basketballfam.com