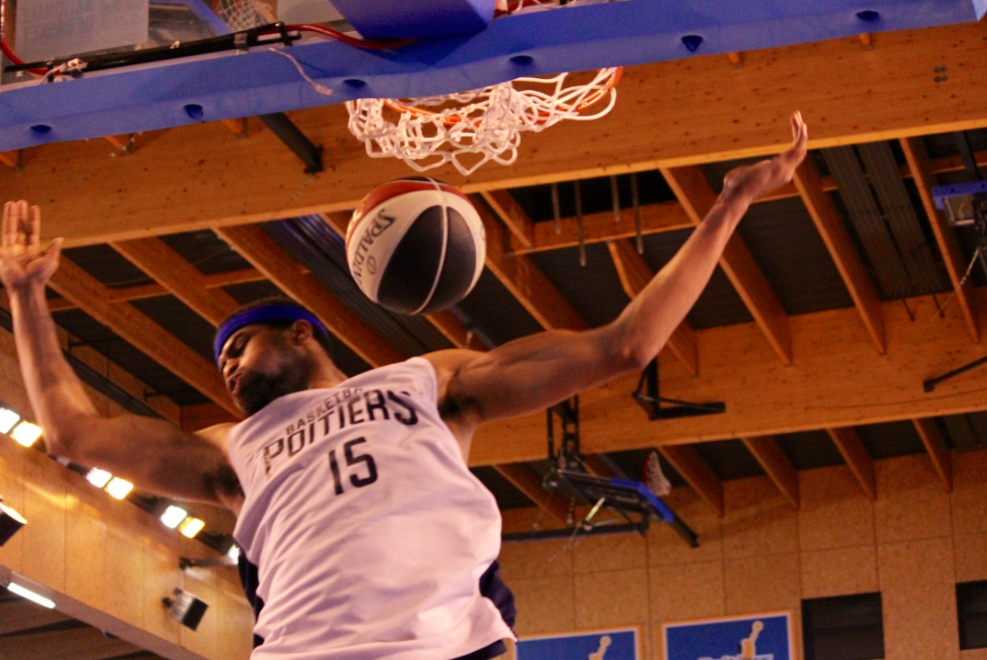 The american/puerto rican power forward Devon Collier (6’8, 26 years old) talks about his basketball career so far and his NBA dream.

Can you introduce yourself?
My name is Devon Collier. I come from the Bronx, New York. I play for PB86 Poitiers. I am the forward.

What’s your basketball path since you started practicing as a kid?
Well, my father was a coach. He always had me involve in activities. I started playing ball seriously in middle school. I played AAU with my team « New Heights », then I went to St. Anthony High School where I played for the the hall of fame coach Bob Hurley. I went to Oregon State University. Finished that, I played in Puerto Rico, in Israel, in Mexico. When I got hurt with the Puerto Rico national team, I sat out during the all 2016. This year, I call it my comeback season because it is my first year back playing ball. It’s been a blessing, it is about two years I playing pro ball right now.

What are the main differences between College and pro basketball overseas?
When you play pro, everybody has experience. They play smarter and tougher. I just had a transition and I think I have been adjusting very well.

You were born in New York, USA, but also have the puerto rican nationality. But which country are you most attached to?
Yeah, my mum, she is puerto rican. So she has family living in Porto Rico. My father is from New York. I have family born in Puerto Rico so I decided to support my country Puerto Rico and play with them. I am born and I raised in New York. But I have to represent my Puerto Rico side too. I am a diehard New York fan. Puerto Rico is my home too, it is my second home.

You played both in South America and in Europe. What are the peculiarities of the Puerto Rican national championship in relation to Europe and to the United States?
Europe is a way different because there is more fluent with the ball, a lot of pass and cut. In South America, it is more « go, go, go, play, play, play ». It is a big difference and a big adjustment. I learned in both aspects of the game in South America and Europe. I feel like I use it to my advantage.

What can you say about your experiences with the Puerto Rican national team?
The experience with the puerto rican national team is awesome because I am part of the young guys. There are a lot of guys like JJ Barea, Renaldo Balkman and others who have been playing for Puerto Rico for a long time. There are a lot of NBA players and pros, a lot of talent and experiences, and they taught me a lot. I bring that everywhere I go when I play basketball.

You are currently playing for Poitiers (french D2). What are your first impressions of France, concerning basketball and lifestyle?
I like France. It is a way different from New York. I am able to relax and enjoy the culture, the city and the people. It’s nice. I needed a break from all the fast life that we find in New York.

To conclude, what is your basketball dream?
My basketball dream is to make it in the NBA, to play with the New York Knicks. I keep working hard and I will see where my game takes me.